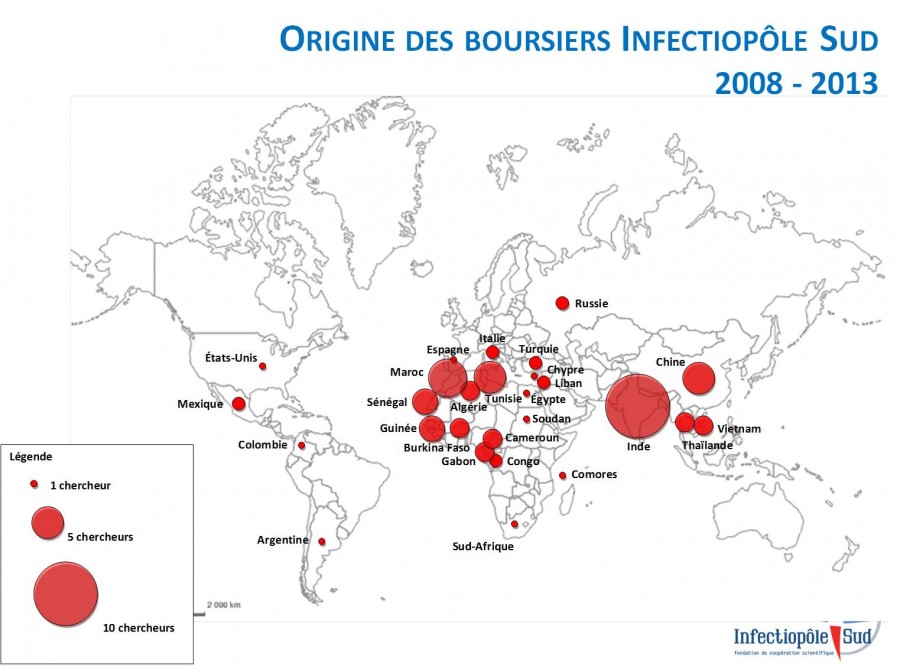 Since its creation in 2007, the Infectiopôle Sud Foundation has been committing to promote North-South exchanges within the field of scientific and clinical research on infectious diseases. To this end, it has been acting in addition to existing grants and structures to help coordinating scientific projects; especially by making it easier for researchers from the South to come to Marseille. To date, already 100 scholars were welcomed and supported by Infectiopôle Sud, including one quarter coming from Sub-Saharan Africa, one third from Asia and one third from Maghreb and Middle East. Once integrated to the Méditerrannée Infection IHU, around 30 students will be recruited per year. 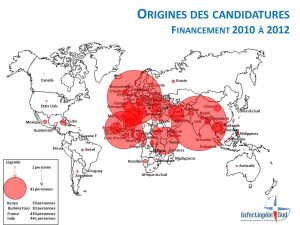